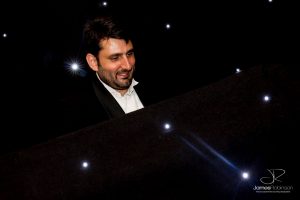 From purchasing his first pair of turntables after a summer of hard work when Alan was 14, he was hooked on Djing and was determined to become a DJ. From that point on he slowly built his mobile disco and performed at small parties and events, gaining valuable experience of all types of event.

Since 1996 Alan has been a fully self employed professional DJ, since turning professional he has worked numerous corporate events and private celebrations. From working 10 years in nightclubs and fun pubs across the UK and the Channel Islands. From this grounding and learning the art of DJing in working in fun pubs and nightclubs that now, with BlackTieDj that he now brings the expertise of a nightclub DJ in the Wedding world, expertly mixing music from all years and genres for your party, with smooth transitions through the night. Alan’s connection with the entertainment industry does not end at working as a professional DJ, for the past 18 years he has been involved with The Edge Entertainment Consultants, after visiting the company on work experience in 1996, to taking an active part in learning about live events and entertainment, to now being one of the directors. Alan has gained invaluable experience working on all types of live event, from Weddings, to conferences and the like, and brings this expertise to every event he attends.

With the ongoing success of the BlackTieDJ brand, Alan saw the opportunity to involve two more trusted and expert DJs and presenters on board to work under the BlackTieDj brand, the two new members of the team share the same ethos as Alan, and the same high level of mixing and musical programming ability, along with the technical know how to produce the elements of your special event. 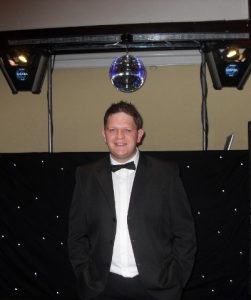 Shaun has been DJing professionally since 1998 and with a similar background to me, in terms of spending many years

working in national chain fun pubs, nightclubs and dance music venues, Shaun has a wealth of experience in working all types of function. A former candidate for the Bar Entertainment and Dance Association DJ of the Year in 2008, he takes pride in his presentation of every event and enjoys packed dance floors at every event. Shaun is a competent DJ, with a confident presentation style and is very capable of playing to audiences of all ages and across all genres. 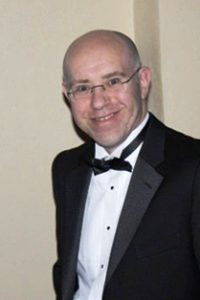 Steve has a classical musical background that stretches back to his childhood when he learnt to play a number of instruments including guitar, violin and flute and was awarded a scholarship in percussion at the renowned Grendon Hall. He still plays guitar but not as often as he’d like.

Things changed quite dramatically when Steve saw a local DJ playing at a party and was captivated by the DJ’s ability to make one coherent song from two different pieces of music. The award winning local Dj taught Steve for the next few years until he was competent to begin a career in nightclubs and bars which lasted for twenty years. Winning a number of associated awards and competitions himself Steve has worked for Rank, Luminar Leisure, Lloyds No1 Group along with many independent owners in well respected brands such as Liquid, Chicago Rock Cafe, New York New York, Edwards, The Bar and Yates throughout the country.

Steve’s DJ activities have also lead to him working for a number of high profile corporate companies such as Lloyds TSB, Deloite, RBS, Asda and Tesco presenting numerous awards ceremonies and managing events throughout the UK and Europe for an Events Management and Production Company.

Steve is very reliable and has a subtle confidence which means he is seldom phased by situations he is faced with. An incredible versatile DJ who understand the production values of any event Steve is an ideal choice for any event. 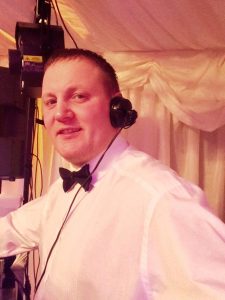 Darren is probably the hardest working DJ we know. His passion for making people dance is still as strong now as when he first began to DJ in his teens.  His encyclopedic knowledge of music is amazing, he owns every Now album there has ever been, he appeared in the national newspapers when NOW 100 was released, and he simply loves what he does.  Darren can be found every weekend at a different Wedding, Bar or Club and his energy motivates all audiences to get up and have a great time. 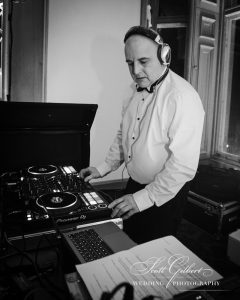 Neil has been a DJ for over 20 years.  He cut his teeth in the pubs and clubs of East Anglia and now works predominately at Weddings, Corporate Events, Theme nights & the occasional bar.  Neil was bestowed with the honour of DJing at Alan’s Wedding, and the guests had a fantastic time (as did the bride & groom).  Neil keeps the music flowing mixing the tunes together seamlessly, and loves guest requests & playlist suggestions.